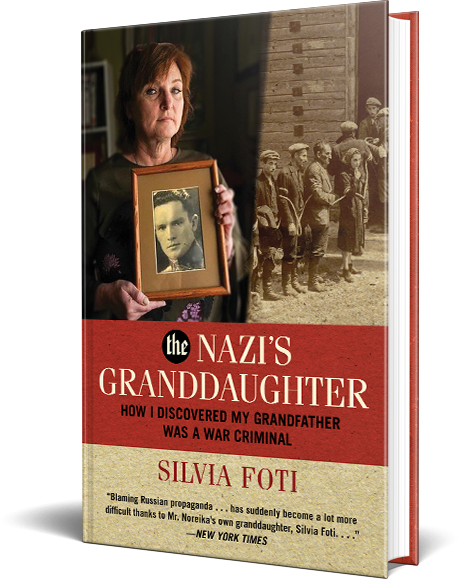 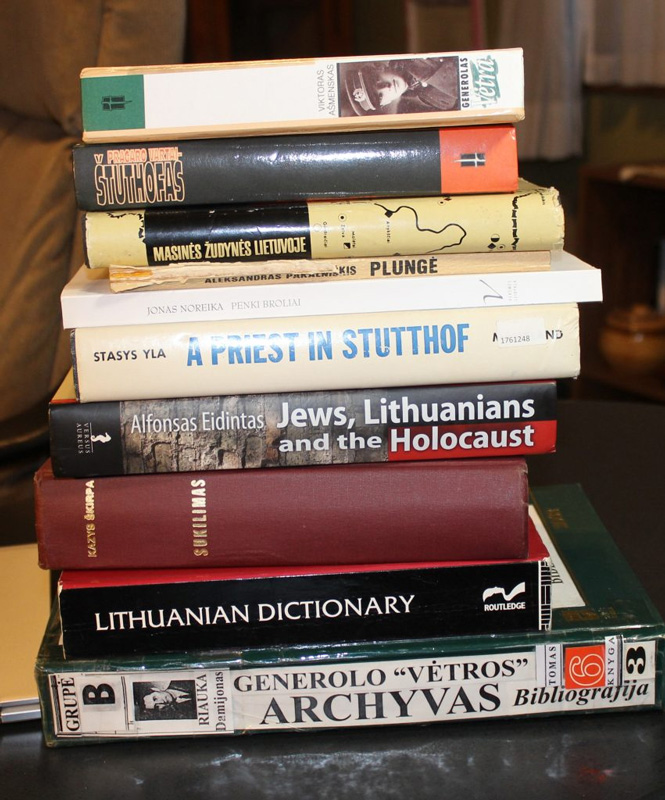 A deathbed promise leads a daughter on an  incredible journey to write about her grandfather who was a famous war hero. But this journey had a terrible destination: the discovery that he was a Nazi war criminal.

Foti had no idea that in keeping her promise to her mother, her discoveries would bring her to a personal crisis, unearth Holocaust denial, and expose an official cover-up by the Lithuanian government that resulted in an internationally-followed lawsuit. 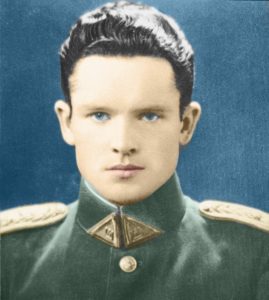 Jonas Noreika was a Lithuanian known as General Storm. He led an uprising that won the country of Lithuania back from the communists, only to have it fall under Nazi control. He was an official during the Holocaust and chief of the second largest region in the country during the Nazi occupation, yet he became a prisoner in a Nazi concentration camp. Foti set out to write a heroic biography about her famous grandfather.  But as she dug ever deeper, she “encountered so much evidence proving my flesh and blood ‘hero’ was a Jew-killer, even I could no longer believe the lie.”

The Nazi’s Granddaughter is Foti’s memoir, a first-hand account of her journey, which began as an act of family pride and ended with uncovering the secret her family, and an entire nation, had kept hidden for 80 years. It addresses:

Foti has paired up with Grant Gochin, a Lithuanian Jew living in California, who has initiated multiple lawsuits against the Genocide and Resistance Research Centre of Lithuania, requesting that it cease honoring Jonas Noreika as a WWII hero. Gochin had more than 100 relatives murdered in the Lithuanian Holocaust, claiming that Foti’s grandfather was responsible. He hired researchers to help him build a case that resulted in a negative verdict in March 2019. That lawsuit is now on its way to the European Court of Human Rights.

Paperback edition coming in June 2022 with a new title–Storm in the Land of Rain: A Mother’s Dying Wish Becomes A Daughter’s Nightmare

“The Nazi’s Granddaughter is an introspective and sensitive account of Silvia Foti’s search for the truth about her “heroic” grandfather, who had been incarcerated by the Nazis in 1943 as a Lithuanian nationalist and executed by the Soviet regime as an anti-communist resister in 1947.  Despite systematic prevarication by Lithuanian officials, friends, and family, she gradually assembles the contrasting portrait of a man who was also an anti-Semitic pamphleteer in the 1930s and a Nazi collaborator and Jew-killer in 1941.”
–Christopher R. Browning, Frank Porter Graham Professor of History Emeritus, University of North Carolina at Chapel Hill