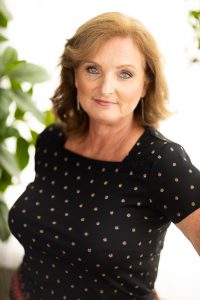 Silvia Kučėnaitė Foti, MSJ, MAT, MFA, is a journalist, creative writer, teacher, and mother. Silvia holds Masters’ degrees in Journalism, Education, and Creative Nonfiction, has been a journalist for twenty years, has published two mystery novels, and has been a high school English teacher since 2007.

With a Master’s in Journalism from Northwestern University, Silvia has extensive experience in writing nonfiction, and has written for a variety of publications, including the Chicago Tribune, Southtown Economist, Southwest News Herald, Crain’s Chicago Business, Chicago Parent, LA Parent, Buenos Aires Herald, and Argentine News. One of her articles on spanking had been reprinted several times and won an award from Chicago Parent Magazine for best feature.

After she earned her Master’s degree in Journalism, she moved to Buenos Aires, Argentina, to live with her great aunt, her grandfather’s sister, while recording many stories about her legendary grandfather. At the same time, she wrote movie reviews and features for Buenos Aires Herald and Argentine News, photographed polo players for Polo News, taught English to business executives, and learned how to speak Spanish fluently.

Upon her return to Chicago, she worked for the Academy of General Dentistry, where she managed its flagship monthly newsmagazine AGD Impact, as well as its major communications pieces. She won the Morris Fishbein Award of Excellence from the American Medical Writers Association for her article on dental student loan debt.

She left the AGD to form her own freelance writing company called Lotus Ink, and worked from home while raising two children, Gabriel and Alessandra.  As a freelance writer, she wrote content for several websites, including WebVet.com, Curtis Dental Marketing Group, TNT Dental.com, EduDirectories.com, and Disney’s Family.com. She wrote columns for newsmagazines, including the International Healthcare Journal, Adjunct Advocate, and Chicago Parent.  She wrote feature articles for several publications, including Crain’s Chicago Business, Southtown Daily, and Real Woman Magazine. She wrote a manual for the Joint Commission on Accreditation of Healthcare Organizations. She won an Honorable Mention Award from Parenting Publications of America for her spot-news feature on “Are we scaring our kids silly?” published in Chicago Parent.

Upon her mother’s death, she was handed the biggest assignment of her life, to write the story about her famous grandfather. Unable to dedicate enough time to this story while running her freelance writing company, she decided to end her full-time journalism career to become a high school English teacher, believing she could have more time to write during her winter, spring, and summer breaks. She pursued a Masters of Art in Teaching at National Louis University.

She landed a full-time position at Proviso Mathematics and Science Academy, a selective public high school that attracts a highly diverse student body.  As a Language Arts instructor, she has taught freshmen, sophomores, and seniors Honors English, AP English, Creative Writing, Journalism, and has received training to teach in the International Baccalaureate style. With a minor in political science, she has also taught Social Studies to freshmen and sophomores, which included a semester-long unit on the Holocaust in which her classes studied Elie Weisel’s Night and Helen Waterford’s and Alfonse Heck’s Parallel Journeys.

In the meantime, during her school breaks, she kept researching and writing about her grandfather. After several rewrites and rejections, she realized her journalism training and objective reporting style were inadequate for the complicated and subjective scope of this project. She decided to pursue a second writing degree, this time an MFA in Creative Nonfiction at Murray State University in Kentucky, where she studied dramatization, suspense, memoir, reflection, essay, immersion journalism, and how to reconstruct historical moments in a gripping narrative. She published a memoir piece about the traumas her father experienced under the Communists in Lithuania in the literary magazine Dappled Things, and was awarded second place in its 2015 Jacques Maritain Prize for Nonfiction.

Silvia speaks English, Lithuanian, and Spanish fluently. She grew up speaking Lithuanian exclusively in her home in Chicago, attended Lithuanian Saturday School for ten years, and was a member of several Lithuanian organizations, including scouts, a dancing group, a volleyball club, and Ateitininkai, a Catholic organization. Most of her summers were spent at Lithuanian camps in Michigan and Vermont, where she learned more about her heritage. As a teen-ager, she worked at a hospital founded by Lithuanian nuns, at a printing company that published Lithuanian publications, and for Lituanus, a Lithuanian-American quarterly. At home, she heard countless stories about her grandfather from her mother and grandmother, and was raised to adore him, as well as the homeland.

Silvia is an involved and practicing Catholic.  Besides reading and listening to classical music, she likes to walk, swim, do strength-training, and experiment with the latest diet. She is now a proponent of intermittent fasting. She is also passionate about the subject of heroin addiction. Her daughter Alessandra dated a young man who introduced her to the drug and by her third exposure was addicted. She succumbed to an overdose at the age of twenty-one in 2015. This might be the subject of a future book.