All in the Family: Jonas Noreika and the Quest for Truth about the Holocaust in Lithuania – with Silvia Foti and Grant Gochin – ZOOM

What do you do when you discover that your grandfather whom you were taught to view as a national hero was a Nazi collaborator and mass murderer? This was the question confronting Silvia Foti, an American-Lithuanian from Chicago. After research into Jonas Noreika unearthed the shocking truth about her family history, Foti began a campaign to set the historical record straight.

At her side: Grant Gochin, a Lithuanian Jewish American whose family was at the receiving end of Noreika’s murderous actions. At this live event the descendants of perpetrator and victim discuss their efforts to challenge the official World War II narrative in Lithuania and to secure historical justice. Foti is a journalist, activist, and teacher of high-school English. Gochin, a Californian diplomat and wealth manager, has long been actively involved in Jewish affairs, especially pertaining to Lithuania. The event will be in the form of an interview conducted by UC Diego professor of literature Amelia Glaser. 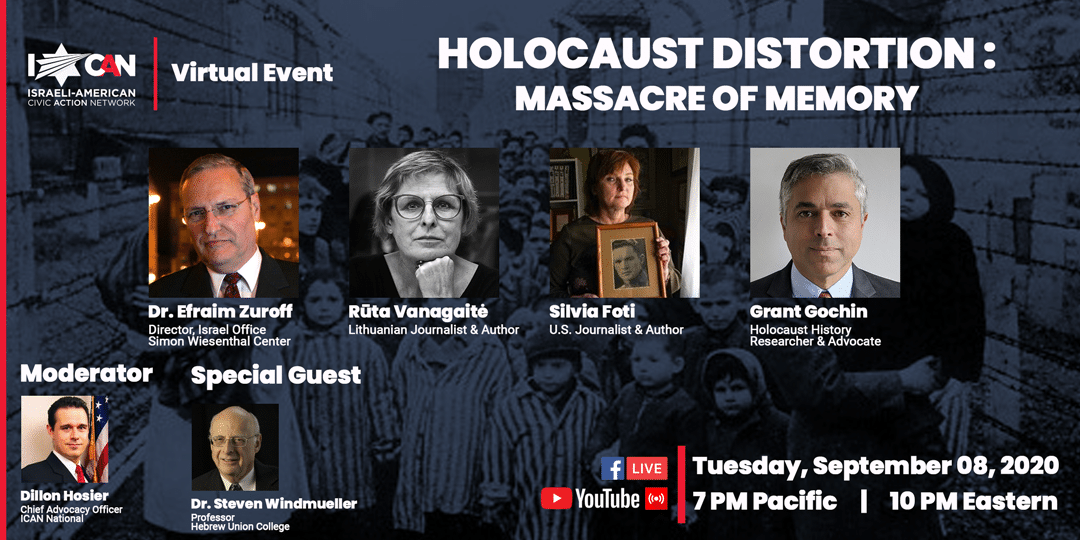 Silvia Foti is available to speak about the following topics:

Holocaust Distortion in Lithuania and other formerly Soviet-occupied countries
Ancestry and Secrets–What if You Discover Something Terrible?
The Greatest Holocaust Trial of the 21st Century
Writing Memoir / Creative Nonfiction
Holocaust Memory: Now it’s the Grandchildren
Living a Catholic Life / Deepening Your Faith
Coping with Heroin Addiction in a Loved One