To my Holocaust guide in Lithuania: Simon Dovidavičius. May he rest in peace. 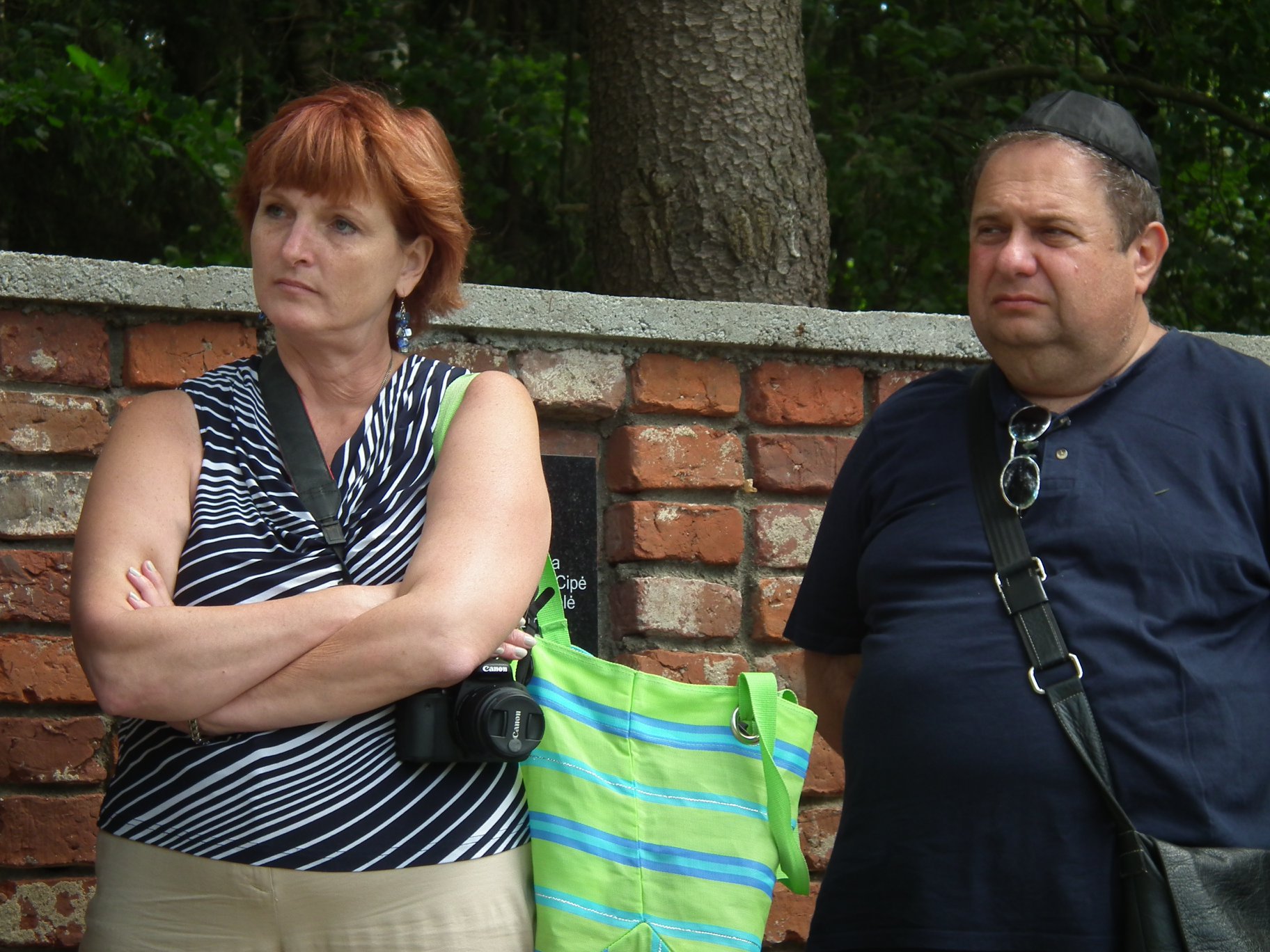 While attending courses to complete my Masters of Fine Arts in Creative Nonfiction at Murray State University in Kentucky, my professors were so encouraging and excited about my thesis, then titled Storm in the Fatherland. By the time I defended my thesis in the winter of 2012, I had gone through everything in my mother’s archives. It was clear it wasn’t nearly enough to tell the full story of my grandfather’s life. My professors had convinced me to go Lithuania to continue my research and to focus exclusively on what my grandfather did during the Nazi occupation. There was so little information on those three years, from 1941-44. I had mountains of material on my grandfather from just before and just after the Nazi occupation, but literally only a few paragraphs on him during those crucial years.

I had gone to Lithuania three times before, in 1989, 1997, and 2000. The first two times my mother had arranged everything. The last time, in 2000, I went with my brother to bury our mother and grandmother in Lithuania, and even then, other people took care of all of the arrangements.

This time, in 2013, however, I would go alone, and I felt lost about what to do, where to go, who to see, where to stay. As a high school English teacher, the only thing clear to me about my trip was that I could only go in the summer. So, feeling like a blind woman without my mother’s expertise, I started making plans of what I should do in Lithuania for seven weeks, from June 20 to August 5, 2013.

A few months earlier, a good friend called. Howard Wolinsky was a reporter for the Chicago Sun-Times and he had just come back from Lithuania where he took a Holocaust tour. A Holocaust tour? I asked. What did you do? He answered, I visited all the places where I think my relatives were buried. How sad and horrible, I said. But how meaningful, he answered, adding that it was a good trip. How did you arrange it? I asked. I hired a guide, he answered. We talked a bit more. He knew all about my project, and eventually, we hung up.

I had been thinking about our conversation for a few days and could vividly imagine Howard, his family, and his guide taking that sad tour. I had never heard of such tours in Lithuania until Howard told me about his. Then I had a really crazy idea. I called Howard. Howard, I have a really crazy idea. What is it? he asked. What do you think about me taking a Holocaust tour to see the places Jews may have been buried because of my grandfather’s actions? He paused for a few long and interminable seconds, then answered, that is a really crazy idea, Silvia. Isn’t it? I asked about his guide. His name is Simon Dovidavicius, he answered, the director of the Sugihara Museum. Would you ask him for me? Of course, Howard answered, but I can’t guarantee he’ll like this crazy idea.

A few days later I was emailing with Simon myself, and Simon initially did not want to take on this project. He would be guiding the granddaughter of a perpetrator, after all. Have you ever heard of Jonas Noreika? I had asked him. Of course, I have, Simon said. All of the Jews know about him. Let me think about it some more. Within a few weeks, Simon had decided that yes, he would take me on a tour. He said, I started doing more research on your grandfather, and he’s a very interesting character. I know, I answered, he’s consuming me.

And that is how our relationship began. We emailed frequently. Simon suggested we spend at least a week in Lithuania together because there was so much ground to cover—Vilnius, Plunge, Kaunas, Telsiai, Siauliai, Zagare, and Stutthof. Simon said he could guide me everywhere, except for Stutthof. With Stutthoff, I would have to find another way.

I had become close to Simon. Our project unified us, even though we were coming from it at opposite sides of the spectrum, me as Noreika’s granddaughter, still hoping to exonerate him, and Simon as a descendant of survivors who believed my grandfather played a role in killing his relatives.

We both spoke in Lithuanian. His English was good, but apparently, my Lithuanian was better than his English (which isn’t saying much), and so we conversed mostly in Lithuanian. When I arrived in Kaunas, I went to the Sugihara Museum, where we tentatively shook hands with each other. It felt strange, I’ll admit, but we both had an ironic sense of humor, which I think is necessary under these types of circumstances. He almost immediately gave me a pile of books on the Holocaust to read in which my grandfather was mentioned. I told him about the book by the Genocide Center on my grandfather, written by Viktoras Ašmenskas. Simon had not read the book and couldn’t find a copy. We agreed I would get him a copy by the next time we met.

We were in near daily contact while I was in Lithuania. He even attended a Mass with me at the Catholic church in Plungė, where my grandparents were married. He said it was his first Mass. He promised to take me to a synagogue at some point during the trip, but that never came to happen.

After I returned to Chicago, I still maintained contact with Simon, but he had been telling me how sick he was feeling. I was worried about him. We skyped a few times. He was planning on coming to Chicago in 2019, but for one reason or another, that never occurred. Then, of course, he had passed away on December 16, 2019, and I was so, so sad to hear this.

Simon was such a wonderful and generous man, so intelligent and witty too, his insights razor-sharp. He had taught me how to look at Lithuania through Jewish eyes. It’s a completely different Lithuania. That was when I realized there were two Lithuanias, the one the patriots saw, and the one the Jews saw. There are even two names for all the cities, a Jewish name and a Lithuanian name. The Jews are called Litvaks. The Lithuanians are called the Lithuanians. It was like two alternate universes, and it seemed very few people could see both, for some reason.

Because of Simon, I could finally see both.

On Christmas Eve morning, I have been given an offer by Regnery History to publish my book in English. It is tentatively titled Storm in the Land of Rain, a Memoir of Unmasking a War Criminal.

May you find Truth and Peace in the storms of your life,
Silvia Foti